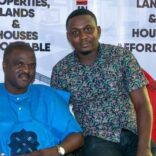 This year has been rough and though no doubt. Inspite of the troubles and tragedies, we still had some things to talk about as the troubled year winds down, at least to make ourselves happy or have great memories about the good things that happened.

The music industry, by extension the entertainment circle, took a new turn with the spread of Covid19. All events were on hold, which prompted most visionary entertainers to think outside the box. From comedy to music to dance to acting all then happened online. Everything became enclosed in the online world and different ideas began to hold grounds. Though a handful of them were sustained till now. But the good thing was innovation happened.

Be that as it may, prior to the trial times, some good things had happened to the music industry and the entertainment scene generally. For the music sensation, Simi, this year was a good opening for her singing career. She opened the door to 2020 with a classic tune entitled ‘Duduke’, which quickly went viral and suddenly became an anthem on the lips of music lovers, even kids. Many children still sing it till now, especially this part (Duduke, Duduke, Dudukeee…).

The tune was highly rated by music critics and every On Air Personalities fell in love with the vibe. Damn! The visuals to the song killed it! The rest is history.

For the Fuji Legend, the Egungun Becareful crooner, the record-setter, Alh Abass Akande Obesere, who holds the Agbaakin Abobagunwa of Yorubaland chieftaincy title, 2020 was his biggest year in over 35 years of his music career.

After almost 19 years, his album Egungun Becareful resurfaced and the whole world felt it and keeps feeling like Covid19. The social media were bombarded with meme videos, countless reactive videos from A list dancers, singers and comedians were flying around. It indeed held down the entertainment scene, trending for weeks. This made it garner millions of streams on every major music platforms across the globe.

In fact, it is said that the only difference between Covid19 and the Egungun Becareful virus will be that, the deadly virus will eventually wipe away but the tune will remain with us.

Why? The comeback of the classic tune came by storm which anyone couldn’t resist and rekindled a strong warning which everyone quickly adopted as a way of life. If anyone tries to go wrong, what he/she hears is ‘you better let your Egungun Becareful, so you won’t enter Express o.’

The song literally means ‘Masquerade Becareful, You Know You May Not See Clearly, Take Caution So You Won’t Mistakenly Find Yourself On The Highway.’ As the song began to go viral, people couldn’t but pick the strong message in the song which preached caution.

In a recent report by an online platform, More, the two songs were listed among the best 30 songs in 2020 but it was categorical stated again that ”Egungun Becareful and Duduke” will forever remain. And this is owing to the level of impact they made and attention they got in the course of the year. 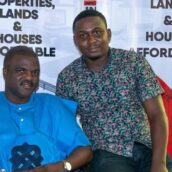 Exclusive Chat With Obesere: The pioneer of ultramodern music in Nigeria