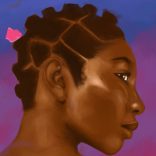 Earlier this year, Blaqbonez hosted an Anti- crusade titled “Breaking the yoke of love.” Early this month, Blaqbonez got the world talking with the official music video for “Back in Uni,” the lead single off his Sophomore album, “Young Preacher”.

Blaqbonez is a preacher of sex over love, and on his new album “Young Preacher,” he spreads his gospel across every genre of new school music. On this album, Blaq had his hands on so many genres of music; rap, dancehall, grime, Afropop, Afrobeat, and all. Beyond that, every track on the album tells a story of his personal life, how he fights his demons, his growing up, and his sinful life as a playboy.

There are two kinds of Blaqbonez on this album; one is the Drake influenced and a more pop-oriented.

The first song on the album starts with the lyric of the trumpet and talks about how he will consistently rate sex over love, even as a preacher. Blaqbonez noted that he is having sex with every choir mistress and wouldn’t mind preaching again on the altar. He introduces the central thematic conceit of the album “Young Preacher.”

Young Preacher kicks off steadily with “Hot boy,” a song that begins with reggae, infused guitars, and dancehall-inspired drums. In “Hot boy,” Blaqbonez brags about his sexual powers and hotness. His lyrics are explicit In the way we have come to expect from an artiste who regularly references “BBC” in his songs. He states, “They told me toxic music is selling, but this one no be sales, this is real life, tell ’em, share my pain, then I count my blessing.” This line stands out to me because, while one can say that the album’s subject matter might be for entertainment value, Blaq is reminding his listeners that those heightened stories are real-world realities for many people.

“Whistle” is a soft and sweet offering that enlists the silky vocals of Lojay and Amaarea. The wailing strings and a simple dancehall drum pattern were perfect for the hook. Whistle has the most significant chance of being a potential hit. He took center stage on the track’s hook, giving it a soothing rhythm. Amaarea had a good showing out on the track. Bleeding this with Blaq’s flow, ultimately, this track has the potential to be a standout hit.

Next up is “FashionNova,” produced by Grammy winning British- Ghanaian producer JAE5. In this song, Blaqbonez displays his mastery of melodies. He employs a formation of rhythms and tones that keeps the listeners engaged. The lyrics on this track are simple yet witty. He makes reference to Santi and the alter scene, as well as making a reference to Zinoleesky that is perfectly tied with his latter’s hit “Ma Pariwo.”

“Back In Uni” garnered a lot of buzz when its video was released. Back in Uni sees Blaqbonez reminiscing on the folly, toxicity, and ashewo spirit he got up to in his younger age. The instrumental is upbeat and lively, featuring fast-paced Afroswing drums, pounding 808 basses, and bright chords.

Fake Nikes is our first return to pure Hip hop. Blaqbonez addressed fashion and expectations of celebrities like him to always be decked out in designer clothes. ” Name brands don’t guarantee drip, though; half y’all look stupid in Gucci; I look hard as fuck, bruh I’m Gucci; I just buy what I want no pressure.” The classic somber hip-hop Beat comprising of solemn vocals samples, warm Pianos, and slow drums are perfect. His flows are delivered matter-of-factly. Fake Nike’s stands out with the verse delivered by Blaxckie, which leads more toward the contemporary auto-tuned mumble rap style of Young Thug.

On this track, “Ring Ring,” Blaqbonez waxes poems about dodging correspondence with a casual hook-up who seems to be demanding more. “I know you like that; Wanna get soured up in that G-spot, Gonna bite back, if you waiting for my text you go die there, You wanna wait on my text, then you gonna be depressed”. Tay Iwar’s deft flows were exceptional. He efficiently folded his soulful vocals into the trap direction of the track. Blaqbonez, on the chorus, holds his own on a euphonic verse, then supplies the best ad-libs for the song’s outro.

On “Loyalty,” Blaqbonez confesses his lack of loyalty to a potential lover when he sings. “You know I’ll probably fuck around and cheat ‘cause you want some loyalty, and I can’t give you loyalty.” There is a sombreness to the song that implies that Blaqbonez may feel a bit of remorse about being this way. The remorse is conveyed excellently in the tone of his delivery.

“She Like Igbo” is probably one of the best interludes I have heard in a while. It is produced by Ozedikus and features sax passages from Fela Kuti’s stellar “Water No Get Enemy.” Blaqbonez lays down a short and simple verse about a lady who is more infatuated with marijuana than she is with him. He does this over complex jazzy drums and a funky bassline. A brief voiceover skit completes the interlude.

We head back down the Afropop lane with “Ess Mama.” This song features Tekno and his trademark danceable delivery over an archetypal Afrobeats instrumental courtesy of Blaise Beats. Blaqbones and Tekno describe a situation in which they directly advance to a woman they intend to take to bed. “Ess mama, Me no get time to waste mama, Me no wan complicate mama.”

“Mazoe” softens the energy and is a bit more sincere and effusive. Takura and Sauti Sol’s Bien take over this track with their rich timbres and sensual lyrics. The song delves into a relationship that is seemingly centered around its sexual components. Blaqbonez turns in a verse that matches the energy of his guests, but he sprinkles in a dash of trouble, saying, “If you no get another man, I got another girl.” There seems to be a very intentional effort not to let any love songs get too wholesome”.

“Star Life” is another soft Afrobeats jam built on smooth chords, supporting saxes, Amapiano log drums, and clacking percussions. Blaqbonez utilizes moving group vocals and sweet refrains to elucidate the shortcomings of the fast life he lives as a celebrity, admitting, “Sometimes I get lonely, And I need someone to hold me.”

“Back on BS” is a subdued Hip-Hop spin on which Blaqbonez persuades a lover to return to their depraved ways with him. “Don’t worry about your boyfriend. It’s sweeter when you are unfaithful,” he suggests. The sad pianos, morose organs, and bumping drums play host to very straightforward flows and tempered delivery.

Young Preacher closes out with “I’d Be Waiting,” which gets its name from the sampled segment of Asa’s “360°.” This track is a braggadocious, self-aggrandizing cut on which Blaqbonez explains what sets him apart from other rappers. He lists his accolades and documents his rise to fame candidly. He brags, “I sold out M.O Park, I mean, I’m carrying ‘cause no other rappers could do that shit, And that ain’t arrogance.”

The ever-rising profile of Blaqbonez has been inspiring to watch. In his ambition for pop success, he’s pulled all the stops, from dropping conceptual projects to planning out elaborate roll-out plans and concerts, and on ‘Young Preacher,’ he stops and takes it all in. It’s a well-crafted project featuring some incredible highs that cumulate in that powerful closer. The album does sound like a grower, though, and it’ll be interesting to observe which songs really pick on from here.